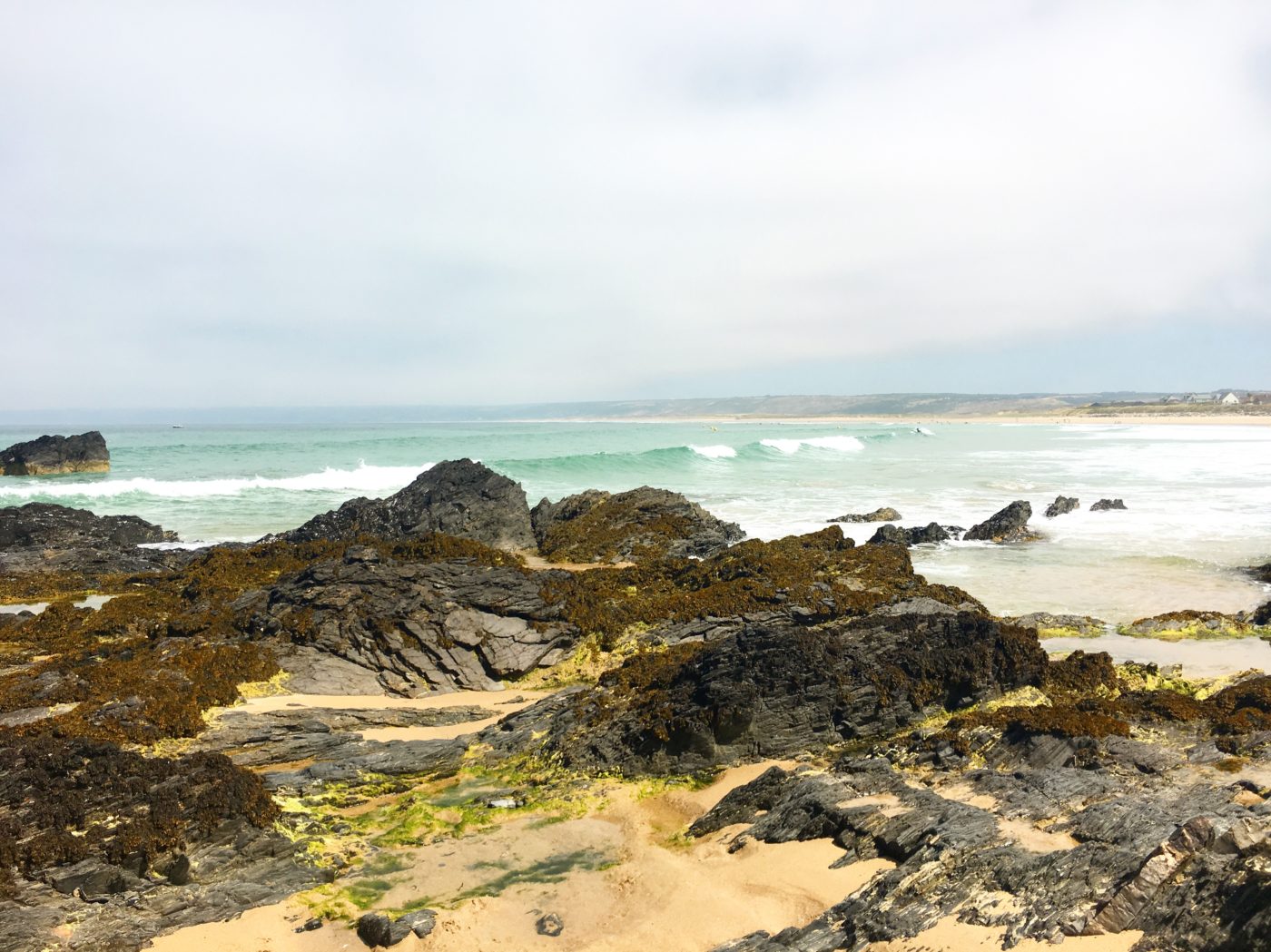 After a 13hour drive(!) we arrived at a huge cliff. We took the road downhill and we wove through small towns surrounding the cliff. When we finally got down we drove by a harbor. The harbor was filled with boats and a small road let us around it entering the town called Siouville-Hague. The first thing you see is the beach. Between the houses on the boulevard you could see the enormous sandy beach stretching out for as far as the eye can see.

We checked in on the campsite just behind the boulevard. A road and 2 blocks of houses are between us and the waves. You could hear the waves pumping when we stepped out of our camper. Excited as we were we waxed our board and walked to the beach. The walk was even shorter than the wax job! The waves were amazing. On the app’s there was a 1 to 3ft forecast but in reality it was closer to 3 to 5ft. We surfed for 2 hours and went back to the camper to rest a bit. We were exhausted!

As we got back, we unpacked all of our stuff. We found out that if we stood on the roof of our camper, we could see the ocean!

In the evening the wind came on a bit. The swell got bigger and left us with over-head barrels! We surfed until dark. 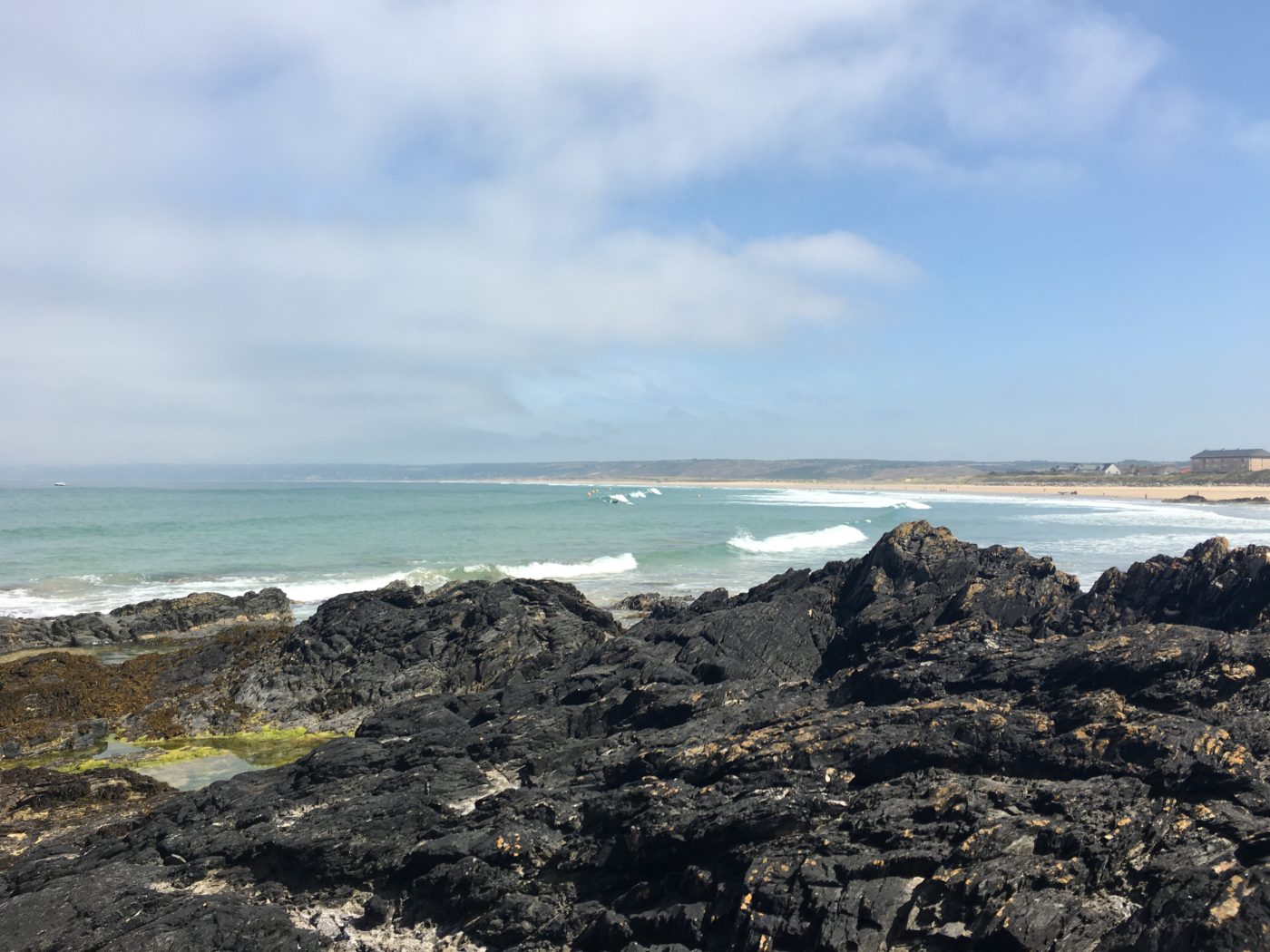 The beach is very wide. In the middle there is a separation for swimming and bodyboards. The local surf school has a section next to that and then you have the main break. On weekdays there are not so many people in the water. Locals are mostly during morning and evening sessions. There are a lot of kooks but they’re the ones having the most fun and are respectful to the advanced surfers. Bodyboarders however do not! Watch out for them. Especially because they have no clue what they are doing. My guess would be that the most bodyboarders are also tourists and none of them had seen an ocean before.

For kids is perfect! On the left side you have an enormous cliff that you can pass around on low tide. Endless walks on rocks, searching for seashells and crabs. Also on the low tide you have a lot of rock pools where kids can play safely. When it’s high tide most rocks are under water so it’s wise to check on low tide where the rocks are. That’s also handy for surfers because mid to high tide is the best time to hit the water.

After your beautiful day at the beach you have a cold free shower waiting for you! That kind of unique for France in this region. A little town square where you can find a barber and a cafe where the serve you a great meal. On the playground behind the cafe they sometimes have a market! Local food trucks and souvenirs can be bought.