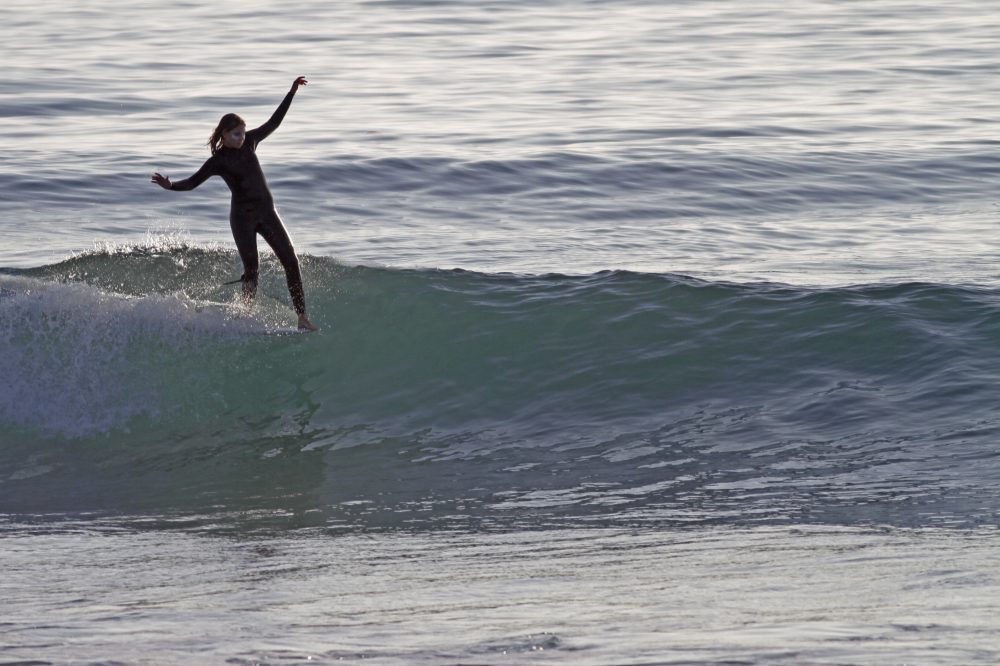 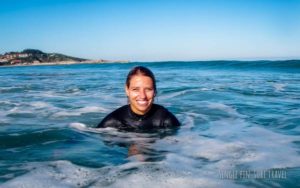 In an interview with Surf Girl Magazine, Nienke Duinmeijer talked about the growing surf culture in the Netherlands. Nienke Duinmeijer is Patagonia amassador and longboarder (this dutch lady won several contests).

Nienke, how did you get into surfing?
I grew up in a small coastal town in Holland. Surfing was not really known in the area, except for windsurfing which was really popular at that time (some people in Holland still think I use a sail when I say I surf).

When I was 12 I joined the local lifeguarding community as a youth member together with my nieces. We always loved the beach and doing sports, so this was a great way to be active on the beach and at the same time learn about currents, life saving and waves. The senior lifeguard at that time was one of the few surfers of the area and he learned how to surf in Australia. He taught us how to surf in Holland and I loved it immediately. From that moment I spent all my money on surfboards, wetsuits and trips… and still do 17 years later!

Why did you choose longboarding?
I surfed both shortboards and longboards for a long time, but in the end I found out that I improved a lot more in longboarding and got better at it. I liked that. I also loved the fact that you can put your own style in it and make it very personal in that way. Plus the waves in Holland are usually a bit smaller so picking a longboard guarantees you much more waves.

I still use a longboard 95% of the time, but I also enjoying bodysurfing and surfing my fish just to have a different approach of surfing sometimes. Longboarding is also very technical. To learn how to turn a 9’4 foot board in a different direction takes some technique for sure. 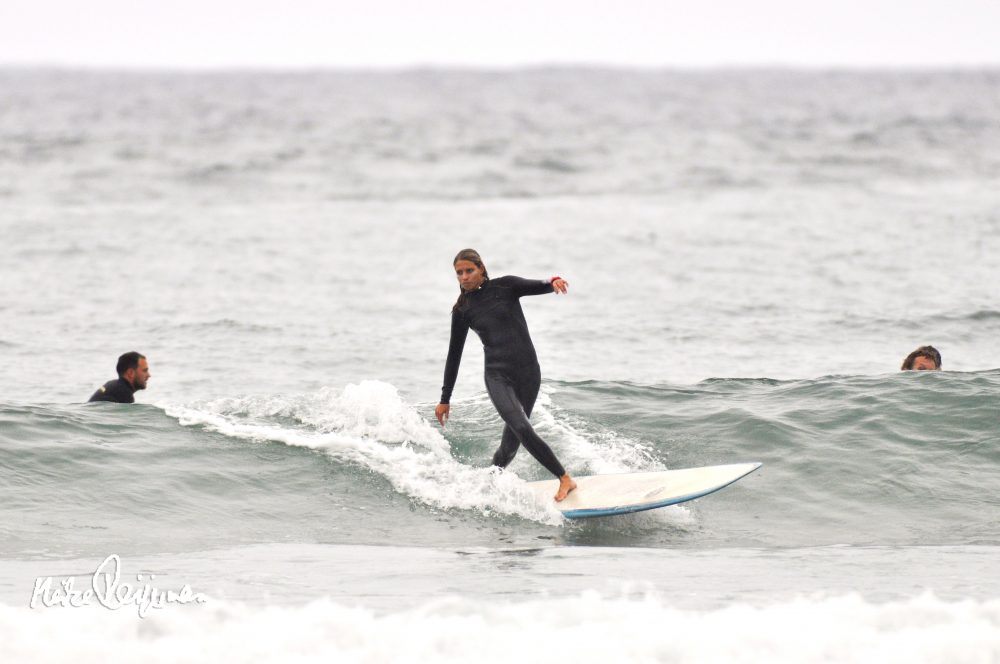 Describe the surf culture there?
Oh I love the surf culture in Holland. During my travels I found out that nobody really can beat the Dutch in terms of determination and stoke for surfing. The Dutch are so keen to surf in any kind of conditions and temperature. They will paddle out in 2 foot mushy waves or onshore 7ft on a winter day. There’s so much stoke and joy for surfing.The surf culture is also still relatively small and young, so everybody has a connection with somebody which creates a nice community.

What are the names of the top surf spots?
Wijk aan Zee and Scheveningen are the main spots because of the jetties. But when there is swell and not much wind, you can basically go anywhere to score waves. The islands in the North are worth a visit as well.

The surf in Holland is not as consistent as in France for example, but we can get pretty good Northern swells now and then. Just don’t set your expectations too high, and you will be surprised by the surf. But I guess that’s how life works in general.

What board size and wetsuit thickness best suits a surf there?
The right wetsuit thickness depends a lot on the time of the year. August and September are usually very comfortable and you will only need a 3/2 mm or even a shorty when the weather is nice.

In February and March though, you will need a full 6 or 5 mm suit including booties, hat and gloves. And some balls.

Regarding board size; I always like an in between board in Holland. A minimal or fish for example. A shortboard which is too small and narrow (we call these boards tooth pickers in Holland) won’t really work in most conditions and a too classic longboard won’t work as well.

You will need a bit of rocker and flex in your board in order to absorb irregularities in the waves but also some volume as the waves are not that powerful most of the time.

What’s a cool Dutch saying (in Dutch and it’s meaning)?
For surfers in Holland that would be ‘Dikke klotsbak’. It describes the sea when there is a lot of onshore winds and very mushy wave conditions.